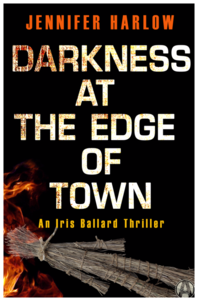 ​   In a white-knuckle procedural thriller for fans of Lisa Gardnerand Karin Slaughter, a brilliant, troubled forensic psychologist finds herself matching wits with a frighteningly talented sociopath.

Dr. Iris Ballard’s glory days are behind her. When Luke Hudson, her former FBI partner and onetime lover, asks for help constructing a psychological profile of an elusive serial killer who murders single mothers and dumps their bodies in the woods, Iris turns him away. She just wants to be left alone with her infomercials, her German Shepherd, and her vodka. That is, until she gets a peek at the case files.

The media has dubbed him “the Woodsman.” But after Iris learns the sickening details held back from the press, and as she sets foot onto the scene of his latest crime, she assembles a portrait of a more complicated, enigmatic, meticulous man. Control is his motivation. He thrives on it. Soon he even tries to manipulate the investigation by contacting Iris, hoping to rattle the woman he considers an intellectual equal.

The game is on. Iris thinks she has a read on her target, enough to push his buttons, make him lose control. But when the Woodsman gains the upper hand, Iris faces the most painful reckoning of all—with her own violent past. 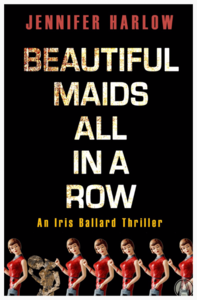 Those who fight monsters

must take care not to become one

A complicated, charismatic forensic psychologist tries to rescue her brother from the clutches of a maniacal cult leader in this edge-of-your-seat psychological thriller.

After catching an infamous serial killer, Dr. Iris Ballard has become a TV sensation. Exhausted from her appearances on the talk-show circuit, she’s looking forward to some quality time with Luke Hudson, her former FBI partner and on-again, off-again lover. The last thing Iris wants is to get pulled back to her dying Rust Belt hometown, but after the frantic call from her mother, she doesn’t have a choice.

Iris is a disgrace in Grey Mills, Pennsylvania, but her twin brother has gone and outdone her. Billy has abandoned his fiancée, drained their checking account, and quit his job to join a cult called the New Morning Movement. Expecting to find something sinister at play, Iris is eager to dismantle the quixotic hold they have on her brother. And that means outwitting the cult’s cunning, sadistic founder, Mathias Morning.

Iris has logic and reason on her side. But Mathias doesn’t play by society’s rules. Just as Iris begins to lose hope, her investigation crosses paths with the DEA. And now she needs to save Billy’s life before they’re both caught in the crossfire.

Get the Soundtrack to

Beautiful Maids All in a Row

Darkness At The Edge of Town